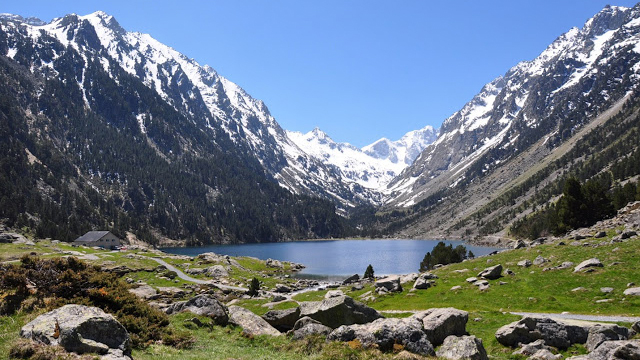 The quaint charm of an old trendy destination

Stretching from the Atlantic to the Mediterranean, the Pyrenees is a mountain range that delineates the natural border between France and Spain. Several languages are spoken along that chain, from Basque to Occitan and Catalan and the numerous towns reflect this cultural diversity.

In the 19th century, these mountains became a trendy destination thanks to numerous thermal and spa resorts that developped spectacular architectures. Nowadays, the quaint charm is still there while they opened up to all kinds of alpine activities.

From the beaches of the Basque country to the deep valleys of central Pyrenees and on to French Catalonia, our journey will lead us to places imbued with History and to villages nestled in the middle of a wild nature which will surprise the visitor with their vivid traditions and lifestyles.