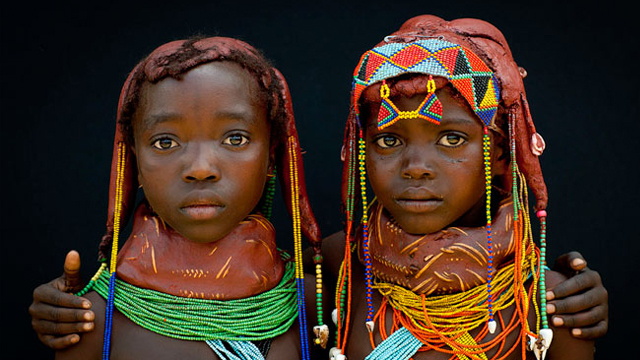 Cut off from the rest of the world and the country’s recent economic takeoff, southern Angola’s tribes have kept alive customs and lifestyles from another age.

Very few people have been able to approach the Mucawana and the Mucubal, these forgotten ethnic groups who were last mentioned in travel books dating back from the 30’s.